It can be devastating when someone out of the blue decides that they don’t like you, and they are going to attack you physically, verbally, and emotionally.

Bullying has been around for a long time.  In fact, several well-known figures in the Bible were bullied.  When you feel bullied, know that you are not alone and that God is with you, just as He was with Daniel, Esther, and Jesus.

These stories are great stories to share with your child if they are dealing with bullying at school.  There are great lessons to be learned from each of these experiences of bullying in the Bible.

From all of them, we learn that God sees, knows, and will provide justice!

#1 – Daniel’s Story of Bullying in the Bible

Daniel was born into a family of privilege.  He was smart and good-looking.  Then, his whole world changed when Babylon conquered Judah, and he was carried off into exiles along with others like him.

Daniel stayed faithful to God and his commandments while serving well in this new land, and God blessed him.  He rose to power under Nebuchadnezzar and was made third in command by his processor, Belshazzar.

When Belshazzar died, King Darius took the throne.  Daniel was one of three men put in charge of 120 leaders who were set over the country.  His loyalty, wisdom, and character were recognized again and again.

“Then this Daniel became distinguished above all the other high officials and satraps, because an excellent spirit was in him.  And the king planned to set him over the whole kingdom.  Then the high officials and the satraps sought to find a ground for complaint against Daniel with regard to the kingdom, but they could find no ground for complaint or any fault, because he was faithful, and no error of fault was found in him.” Daniel 5:3-4

Daniel didn’t do anything wrong.  He always did the right thing.  The other people are him could not stand him because of this.

Many times, bullies will pick on others because of how good that other person is.  Bullies don’t want others pointing out their flaws or brokenness.

Bullies are focused on their own power. The other officials wanted to use their positions for their own power and influence, but Daniel’s focus was on serving the King and the kingdom.

The bullies sought to take Daniel out.  So, the conspired together and tricked King Darius into passing a law that anyone who prayed to someone other than King Darius – would be killed.

Daniel knew what the new law meant, but he did not give in to the bullies.  The Bible tells us that when he knew the document was signed, he went home to pray.

His bullies sought him and found him praying.  They gleefully reported his activities to the King.  The King felt he had no choice but to throw Daniel in the lions’ den.

The King fasted.  Daniel prayed.  The lions fasted, and God delivered Daniel from the lions’ den. Then, King Darius rounded up all of Daniel’s bullies and tossed them into the lions’ den!

Rarely will we get to see our bullies receive punishment for their actions in this life, but we should never doubt that God sees our suffering and will someday bring about justice.

People will see God working in us and seek to squash that light.  Keep shining!  Keep pursuing excellence like Daniel.  Keep serving others well and your hard work will be noticed.

#2 – Esther’s Story of Bullying in the Bible

Esther, too, lived in exile.  Her mother and father had passed away, and her uncle raised her.  God’s hand was upon her.  She won the favor of one of the King’s officials.  Esther is chosen to be the new Queen.

Life should be good as the queen, right?  As the queen, you should surely be immune from bullying, right?

Esther’s uncle, Mordecai, was being bullying by another leader named Haman.  Haman hated Mordecai because of his truthfulness and because Mordecai would not bow down to him.

Remember, bullies love power. They love lording it over others.  Mordecai would only bow down to God. Haman, one of the biggest examples of bullying in the Bible, wanted power over Mordecai.

Hamman, the Bully, was so angry that he was determined to kill Mordecai.  And not just Mordecai.  Hamman wanted to kill everyone else who was Jewish, like Mordecai, which Haman didn’t realize included Queen Esther.

Bullies are often so focused on exerting their power that they last out at a wide range of people. You may wonder why in the world you have been chosen for their attention!

It isn’t about you, but them.  You haven’t done anything wrong.  In fact, you have likely been doing things right!

“So the king and Haman went to Queen Esther’s banquet, and as they were drinking wine on the second day, the king again asked, “Queen Esther, what is your petition? It will be given you. What is your request? Even up to half the kingdom, it will be granted.” Then Queen Esther answered, “If I have found favor with you, Your Majesty, and if it pleases you, grant me my life—this is my petition. And spare my people—this is my request. ” Esther 7:1-3

How does Esther deal with her bully?  Queen Esther is brilliant.  She makes sure that she has the attention and favor of the King.  Many times, others will overlook bullying.  They don’t realize what is going, or they just choose to look away.  Queen Esther goes to the person that can stop the bullying and pleads for help. God is at work, and Queen Esther, Mordecai, and all the Jewish people gain victory over those who wanted to bully them and kill them.

#3 – Jesus’ Story of Bullying in the Bible

Jesus was kind, compassionate, and holy.  He truly loved and served others. Because of his character, he attracted the attention of bullies.

These bullies would follow him around and look for him to say something wrong.  They would interrupt his teaching and ask questions designed to try and trip him up.

When he did something wonderful and miraculous like healing someone, they would complain that he broke the law because it was on the Sabbath day.  In their eyes, he could do nothing right.

Arguing with a bully rarely works.  Trying to get them on your side or to convince them that you are not who they think, rarely works.  Bullies are often so consumed in their own world and their own hate that they don’t see reason.

Focus instead on creating boundaries between you and them.  Focus on building up your spirit and confidence.

Jesus did not allow his bullies to deter his mission to serve others and to spread the gospel message.  He as smart and strategic, but he did not give up. Keep preserving despite the bullies in your life.

Jesus’ bullies conspired to have him arrested and killed.  His bullies though that they had won.

Yet, we know that three days later – Jesus triumphed over the grave.  In the end, God wins.  In the end, bullies do not have the last say because God’s truth and justice will win out.

Jesus knows the struggle.  You can pray to Him for guidance and protection.

Standing Up to Bullies

When we are being bullied, we have a responsibility to serve others by standing up to the bully too.  We stand up to bullying not only for our own sake but for others who are also being bullied.

We also stand up to bullying for the bully him or herself – so that they can get the help that they need.

Parents, we know that Daniel and Esther were bullied because of ant-Semitism.  Conversations about bullying because of race and ethnicity can be awkward, but we need to have them.  In the dark shadow of the Holocaust, we know how quickly hate can grow.

May our children be the guardians on the wall who keep watch and stand up against bullying and hate. 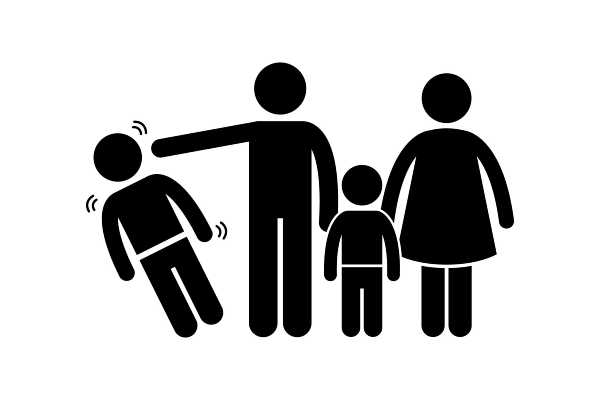 3 Wrenching Stories of Family Favoritism in the Bible